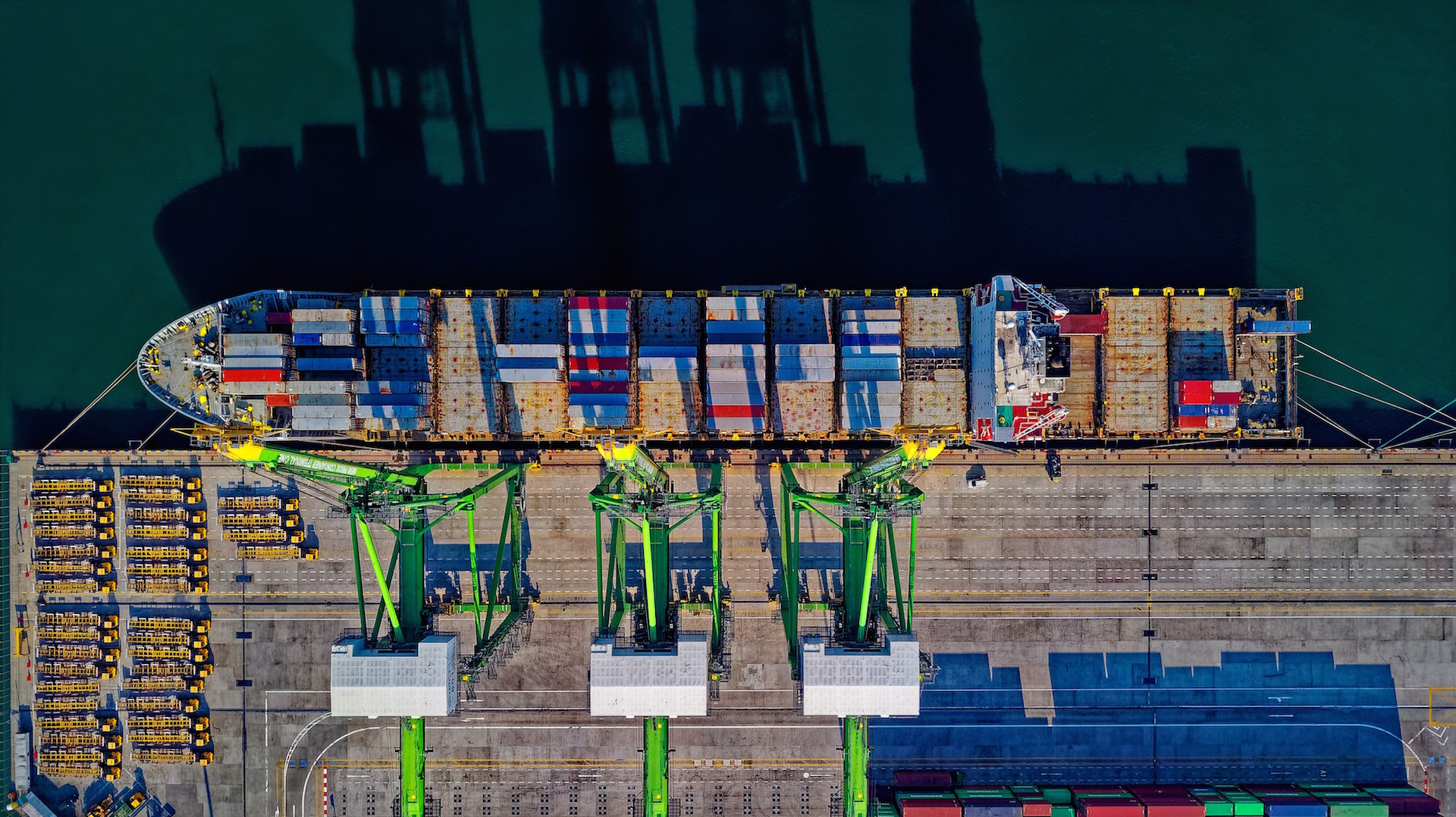 How the sea freight fiasco is now hurting retailers and consumers

How the sea freight fiasco is now hurting retailers and consumers

As the UK enjoys the gradual lifting of lockdown restrictions after a punishing winter, it’s only natural to feel more optimistic for the months ahead. But the gathering clouds of limited availability in the shops and price hikes warn of even tougher times to come for consumers, retailers, wholesalers and importers. In this article, we take an in depth look at what’s happening in the shipping industry and how its impacts could affect huge swathes of the UK’s e-commerce and bricks and mortar retail industry.

Covid isn’t over until the whole world is vaccinated

In the UK, where we’ve witnessed a successful vaccine roll out, it’s easy to forget that elsewhere in the world, the peaks of Coronavirus infections are only just occurring. Since the virus first emerged in Wuhan, shipping and trade across the world has felt like a pinball, spinning from one bumper to the next.

First, goods stopped being produced in China’s factories and the great ports of the Far East slowed down to a snail’s pace, as lower volumes of cargo, staff shortages due to illness or isolation and extra infection controls took their toll. 13.2% of all the world’s merchandise exports come out of China, so as the saying goes (with added irony now), if they sneeze, the whole world catches a cold. Then, as China started to open up in the Summer of 2020, the countries of Europe went into their own lockdowns, meaning that ships trying to get into Europe faced huge congestion and similar delays. In some cases, ships’ crews would not be allowed to disembark leaving them stranded at sea.

To begin with, many importers sat tight, not fully anticipating how long the pandemic would last. But as the year progressed, some started exploring different supply chains in countries like South Korea and Vietnam. But with different countries adopting different tactics to control the spread of the virus, setting up new systems was beset with delays and difficulties.

This introduced a vicious circle of container shortages and the cancellation of key shipping loops, which in turn led to higher shipping prices. As countries around the world struggled with second and third waves of Coronavirus and associated lockdowns, the situation continued to deteriorate throughout 2020.

Booming demand has kept up the pressure

Usually, as shipping prices rise, we’d expect to see the market naturally correct itself. However, the global pandemic has upended just about every convention we’re used to. Despite the high price rises in shipping, demand from European importers kept on growing, thanks to an unprecedented shift in consumer shopping behaviours.

Online retail growth accelerated 10 years in just 10 months, with household spending switching from leisure activities to in-home treats. A restaurant meal might be swapped for branded groceries, and Netflix boomed as cinemas remained shut. We probably all know someone who has embarked on home improvements in the last year, from freshly painted fences to new kitchen extensions. Between March 9-15, 2020, online sales of home improvement and gardening retail products grew almost by 50 percent compared to the same period the year before.

The security of furlough for millions, the happy accident of cash left in the bank at month end due to a lack of things to spend it on and months spent at home with time to tackle the overgrown garden all conspired to send demand for household goods through the roof. And where do the majority of these goods ship from? You guessed it, China and SE Asia.

The tanker grounding that keeps on giving

As if the sector wasn’t already reeling, the sea freight industry faced another huge blow when the Ever Given ran aground in the Suez Canal in March 2021. Whilst the tanker was eventually refloated after six days, it caused a traffic jam of 200 vessels and the re-routing of many others around the southern tip of Africa.

What many don’t fully understand is the knock-on effect of these delays on a carefully balanced supply chain. With so many ships out of position, and many turning up at ports at the wrong time, we saw an increase in ports being missed off some routes plus cancellations of entire scheduled sailings. This had the effect of taking capacity out of a market already buckling under the strain. At AFS Global, we expect to continue to feel these effects for another 6 months before the system can regain some sort of equilibrium.

When Covid first hit, and the industry started to struggle to keep imports flowing, the price of a 40ft container on an Asia to Europe route was around $2,000. With the ongoing squeeze on capacity, we’ve seen this rise inexorably to the point that importers are now paying in excess of $14,000 for the same service.

What’s more, other importers are fighting just as hard for space on sailings and in response, we’ve seen some frankly scandalous profiteering from the shipping lines. It’s now common to pay surcharges to guarantee space, which even then can be rolled over for up to three weeks, meaning the additional cost is only essentially guaranteeing an empty container. We’re aware of importers who have paid an inflated price to get their goods to the UK, only for it to sit in a dockside warehouse for weeks because a competitor bid $2,000 more for the container. Quotes are only being honoured for 7 days and even cancellations are attracting fees of $2,500.

Because of a lack of regulation or Government intervention in this complex, globalised industry, the shipping lines are free to behave in this way without consequence. There is even a suspicion that some routes have been cut to keep the prices artificially inflated. As freight forwarders supporting clients who don’t have BCOs and the huge volumes of the supermarkets, we do our best to represent their interests but are often rebutted with a shrug of the shoulders. We are not making increased margin on these higher rates, and the intense pressure of the extra work is not sustainable, but the shipping lines seem focused on short term gains at the expense of long term relationships. Letting smaller freight forwarders and importers go to the wall is seen as acceptable collateral damage.

So what’s the impact?

In the real world, I know I’ve experienced a bit of both. Only last month, I was looking at a new kettle in a high street homewares specialist for £70. I did a bit of research and went back to buy it last week. The price had risen to £100.

In a bid to replace some shabby dining room chairs, I’ve lost count of the number of shopping baskets I’ve had to abandon, having tried to place an order only to discover the items are out of stock.

Tim Shatwell, owner of Back to Basics Stoves, is feeling the pain of scarce availability. He tells us, ‘I’ve had stoves on order since last September and am still waiting for delivery. In the meantime, the builder’s merchants yards are empty and certain items like timber, sand and bricks are nowhere to be found. When a delivery comes in, you’re paying ten times more than usual. It’s making it impossible to quote for jobs and I’m facing the very real likelihood of cancelling projects, not because I can’t go in because of Covid concerns, but because I can’t get the building supplies to do them.”

Unfortunately, as the pandemic continues to wreak havoc around the world, the elevated shipping rates we never thought we’d see, seem to be becoming the new normal. As each month passes, we expect to see rates come down to fairer levels and watch in horror as they don’t. Ultimately, as recessions loom, unemployment rises and the consumer bounce lessens, we might see many good businesses fail simply because of unsustainable shipping costs. The fragility of ‘just in time’ supply chains and margins that have been squeezed to the core have been exposed.

The freight forwarding industry needs to unite with importers to negotiate fairer terms with shipping lines. We need to mobilise Governments and trade bodies to help create a level playing field. And it starts with alerting people to the problems and why they exist.

We hope this article has achieved that aim and would like to encourage you to share your experiences with us.